Upon your arrival at Jomo Kenyatta airport, our representative will meet you and drive you to your hotel for a first evening in Nairobi.

This day is entirely at your disposal! Take the opportunity to visit the giraffe centre where you have the unique opportunity to feed giraffes. You can also visit David Sheldrick's elephant orphanage. This rehabilitation centre for orphaned elephants from all over Kenya, victims of poaching or human conflict, raises them until they are no longer dependent. Alternatively, you can simply visit the city of Nairobi or relax before your safari departure. 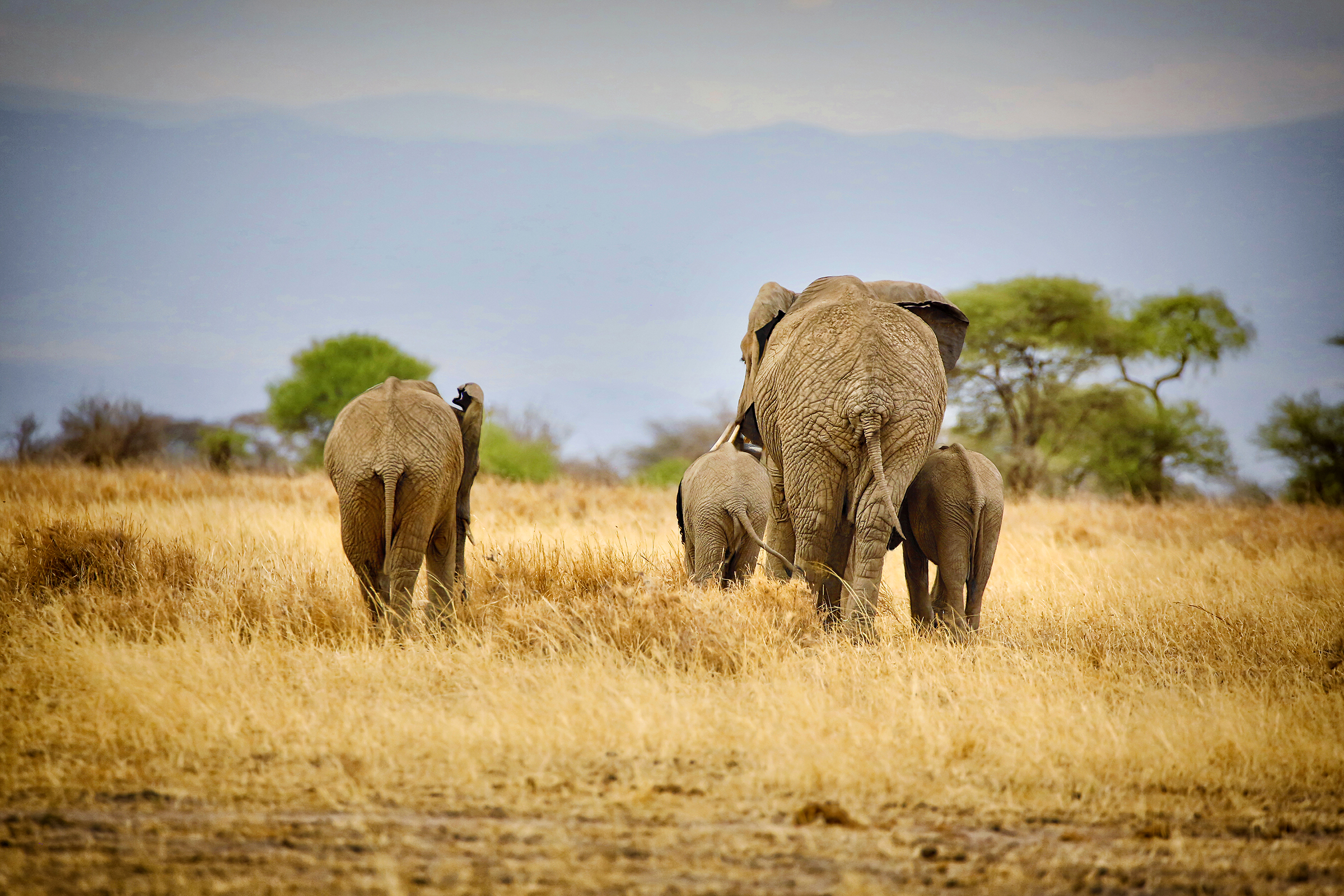 Take a seat on your domestic flight from Nairobi to Amboseli and enjoy the view!

Morning and evening game drives in Amboseli National Park with an optional tour to maasai village to experience their traditional way of life and dances. Amboseli National Park is located in Loitoktok District, Rift Valley Province of Kenya. The ecosystem mainly savannah grassland spread across the Kenya-Tanzania border.

Amboseli National Park offers one of the most classic and breathtaking views of the gigantic Mt. Kilimanjaro which is the highest freestanding mountain in the world. You will have a chance to visit Observation Hill, which overlooks the park, swamps and, of course, the herds of free-roaming elephants.

The park is famous for being the best place in Africa to get close to free-ranging elephants among other wildlife species. After your full day's game drive you will return to your camp arriving for dinner and overnight. You will leave for a whole day safari. The diversity of the landscape is reflected in the diversity of the game. Elephants are commonly sighted. There is also a baboon research centre here to find out more about these very social, inquisitive and intelligent primates.

We can’t guarantee the Big 5 in Amboseli: leopard and rhino are virtually non-existent here. But you will see masses of birdlife, bat-eared foxes with puppies (a very rare sighting), non-migrating wildebeest and a fat African python coiled up in a stream among the reeds! For getting your game-spotting eye ‘in’, Amboseli is ideal. Look out for Thomson’s gazelle and how they differ from impala; Maasai giraffe; Burchell’s or plains zebra; and plenty of spotted hyena (known as ‘spotties’ – there are no brown hyena here). 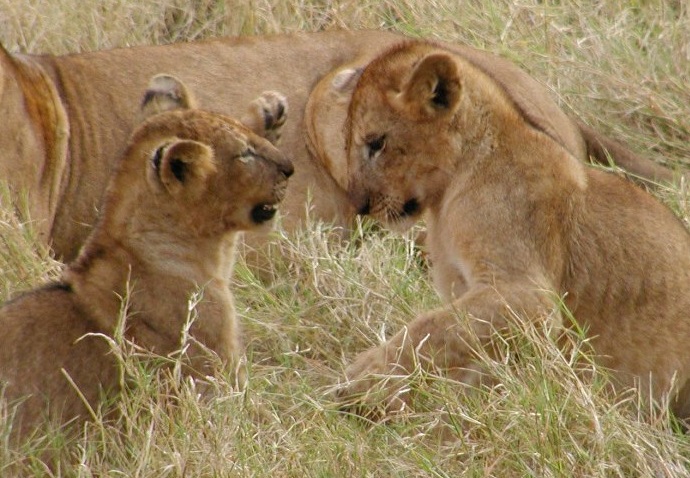 Take a seat on your domestic flight from Amboseli to Nanyuki and enjoy the view!

Today we explore exotic Sweetwaters Sanctuary on two extensive game runs. Our camp also overlooks one of the busiest waterhole's in the area and offers elephant, giraffe and myriad plains game.

The Laikipia region has the richest diversity of wildlife in Kenya outside of the Maasai Mara – and protected areas like Ol Pejeta are key to conserving this natural wonder. The Big Five is fully represented: lion, Cape buffalo, African elephant, leopard and black and white rhinoceros thrive here. There are also over 300 bird species on the Conservancy.

This is Africa as Teddy Roosevelt saw it years ago when he led one of the first safaris to tour Africa in comfort and splendor. Our tents at Sweetwaters will remind us of this bygone era. 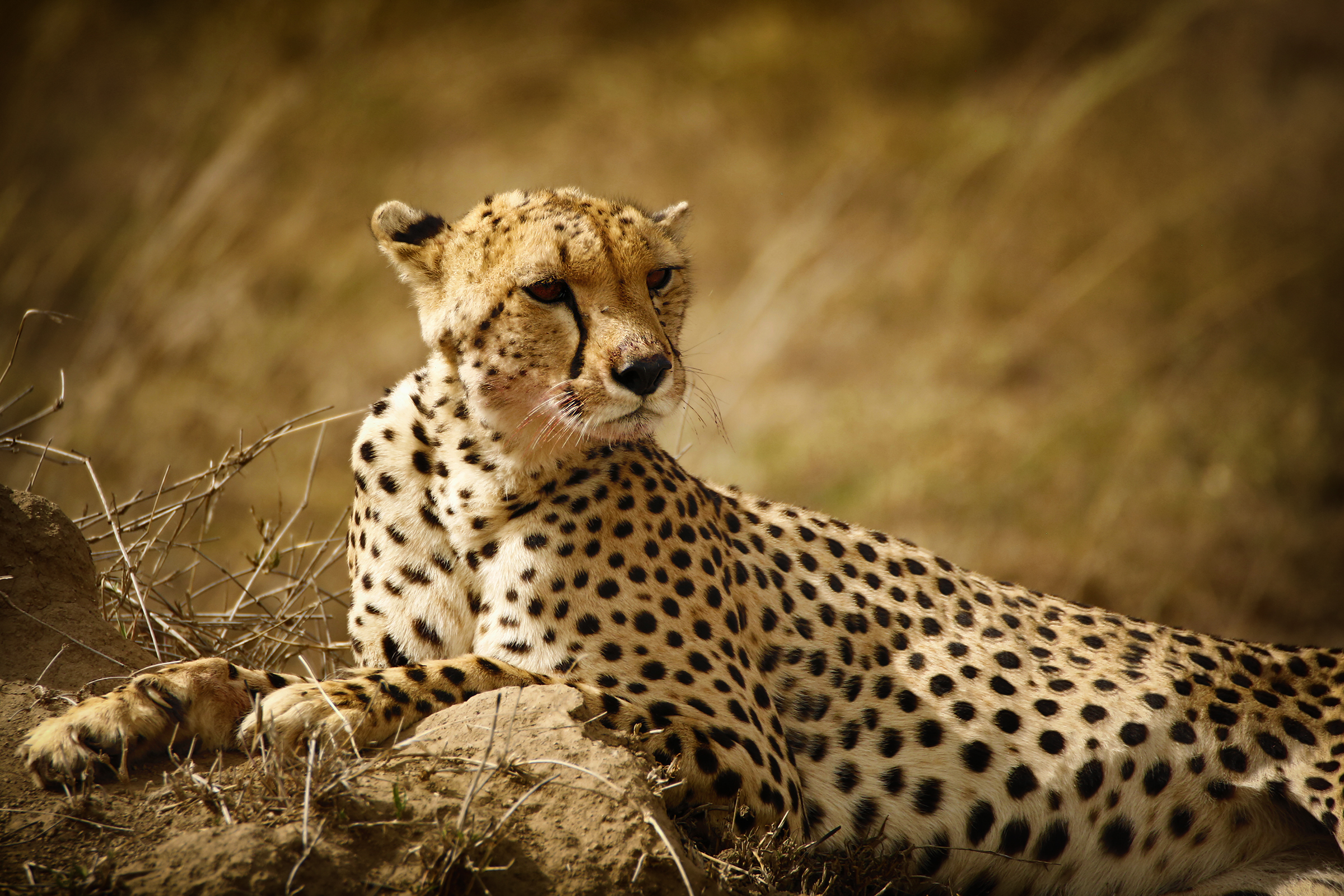 Today, we will have a last day available for activities in the exotic Sweetwaters Sanctuary. 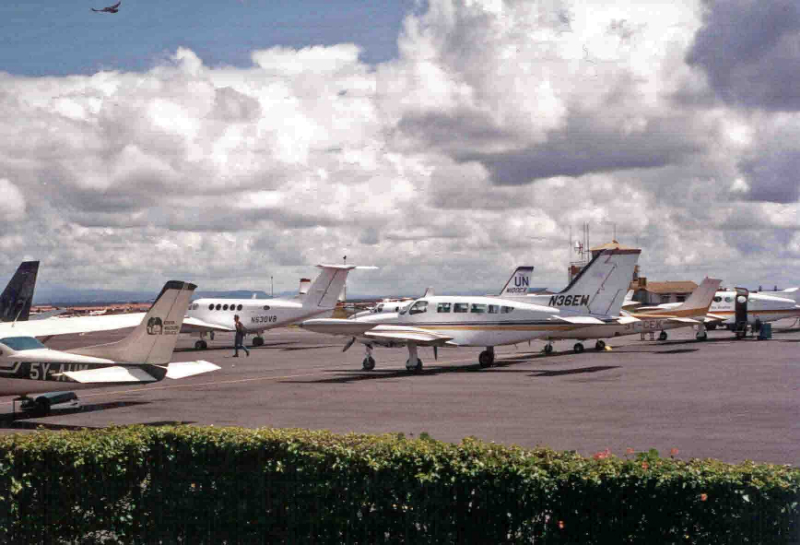 Take a seat on your domestic flight from Nanyuki to Maasai Mara and enjoy the view!

Today we will enjoy a game drive at the Maasai Mara National Reserve. The Masai Mara is one of the most famous wildlife conservation areas in the world, with a rich & varied collection of African wildlife. After breakfast you will leave the camp and drive to Maasai Mara National Reserve for a full day of game viewing and photographing. Maasai Mara (Masai Mara) is known as Africa’s Greatest Wildlife Reserve, situated in southwest Kenya. Famous for the abundance of lion, the Great Wildebeest Migration and the Maasai people, well known for their distinctive custom and dress, it is without a doubt one of Africa’s most famous safari destinations.

The Great Migration, which includes over a million wildebeest as well as zebras and Thomson’s gazelle, is one of the world’s most spectacular natural wonders and seeing it is a once in a lifetime opportunity. Maasai Mara also is also home to exceptional concentrations of the ‘Big Five’ - : elephant, buffalo, lion, leopard, and rhinoceros - as well as hippopotami, crocodiles and over 470 species of birds, including 60 raptors. Masai Mara represents the essence of an East African safari!

After a funfilled day in the park you will be driven back to your camp arriving in time to enjoy a sundowner and later sit for dinner and overnight. 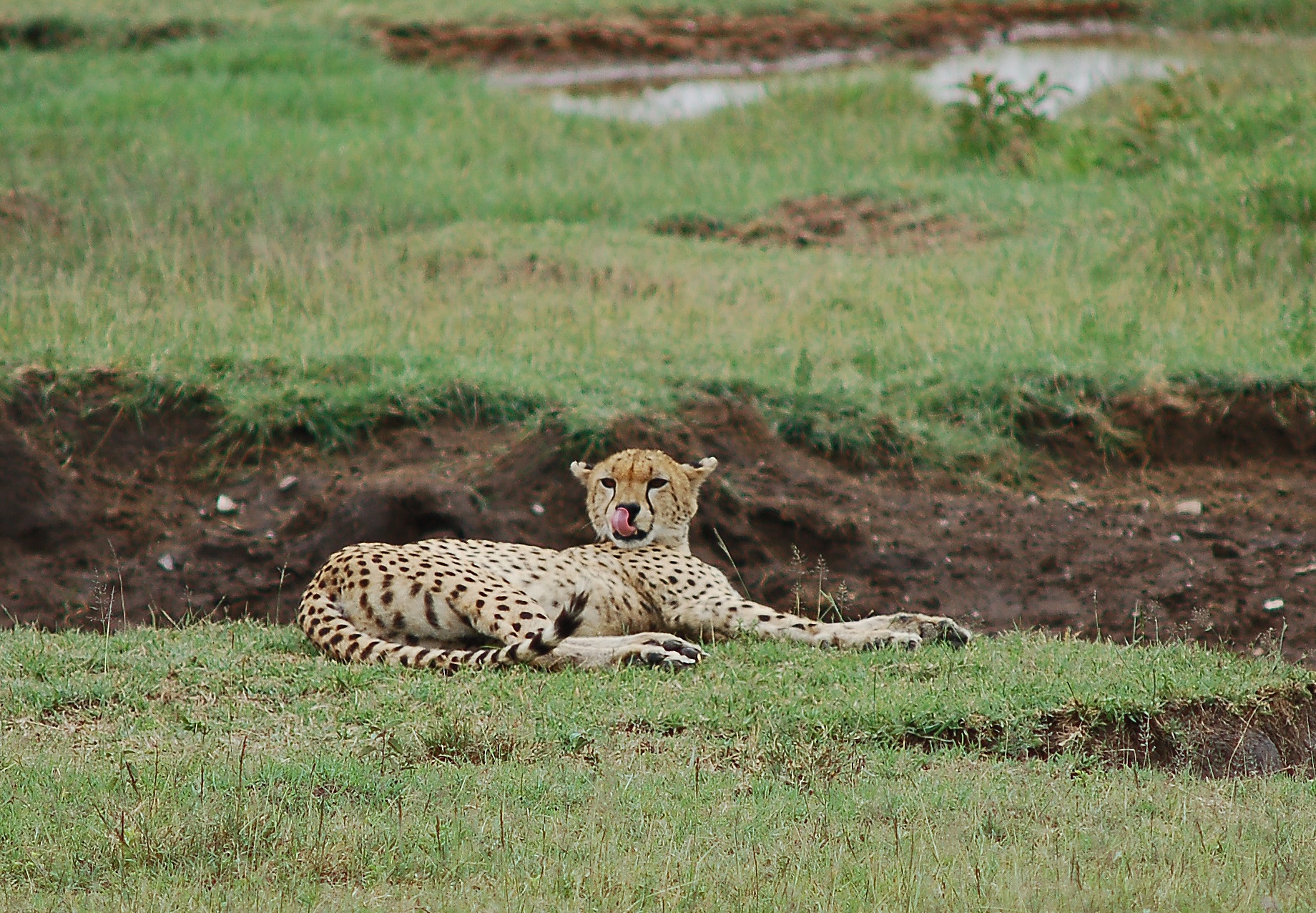 Set in the heart of Africa’s Great Plains in Kenya, the Masai Mara boasts 1,672 sq. kilometers of unspoilt wilderness. It offers the best game and bird-viewing not only in Kenya, but anywhere in Africa. The views across the rolling golden grasslands studded with acacia trees, rivers and forests are dazzling, the sense of space overwhelming. Throughout the year the Masai Mara is a place of natural drama, a kaleidoscope of colour and life. Most stunning of all are the months between July and October, when the savannah teems with animals during the Great Wildebeest Migration. Millions of wildebeest gather in the Masai Mara in one of the natural wonders of the world.

There have been some 95 species of mammals, amphibians and reptiles and over 400 birds species recorded on the reserve. Nowhere in Africa is wildlife more abundant, and it is for this reason a visitor hardly misses to see the big five (buffalo, elephant, leopard, lion, and rhino). Other game include hippopotami, cheetah, Grant’s gazelle, impala, topi, Coke’s hartebeest, giraffe, Roan antelope and the nocturnal bat-eared fox. However wildebeest are by far the dominant inhabitants of the Masai Mara.

Their numbers are estimated in the millions. The Great Migration starts in July each year when well over one million wildebeest along with large numbers of Thompson’s Gazelle, zebra and other herbivores migrate from the Serengeti plains in Tanzania to fresh pastures in the north and then back south again in October.

You will enjoy a full day's game drive safari returning to your camp for dinner and overnight.

Take a seat on your domestic flight from Masai Mara to Nairobi and enjoy the view!

You will be picked up at your hotel in Nairobi and transferred to the airport. We wish you a safe journey!

With the majestic backdrop of Africa’s highest mountain, and the world’s highest free-standing mountain, Tortilis Camp is widely regarded as the prime location for witnessing the majesty of snow- capped Kilimanjaro. Tortilis Camp is named after the flat-topped, umbrella thorn tree that surrounds the camp, the Acacia Tortilis. With Mt. Kilimanjaro peering down over the entire camp, each of Tortilis Camp’s 16 tents has a glorious view of the mountain. Each makuti-covered tent consists of a main bedroom with twin or double beds, en-suite bathroom and a spacious verandah.The tents are all spacious, with king or twin beds and elegant en suite bathrooms. There is a main lounge, bar and dining area, all exquisitely built with natural materials and thatched roofs, with magnificent views of Kilimanjaro.
Accommodation-Category: 4*
https://www.elewanacollection.com/tortilis-camp-amboseli/at-a-glance

Perched within the 110,000-acre Ol Pejeta Conservancy, which features a higher wildlife-to-area ratio than any of Kenya's national parks, Sweetwaters Serena Camp is one of the most exclusive tented safari camps in the country. We are located on the Laikipia plains, 17 kilometres from Nanyuki and 217 kilometres from Nairobi. Transfers by road from Nairobi take approximately three to four hours;
Accomodation-Category: 4*
https://www.serenahotels.com/serenasweetwaters/en/location.htm

The Mara Ngenche Safari Camp is located in a spectacular location in the heart of the Masai Mara and is a small, intimate, luxurious and elegant camp. Well hidden in the beautiful panorama of the floodplain forest, it offers a magnificent view over the confluence of the Mara and Talek rivers and overlooks a hippopotamus pool which is always occupied with these beautiful large animals with crocodiles in close proximity. The 12 spacious, well-equipped tents are en-suite and feature an amazing blend of modern African décor and old-fashioned charm. Each tent is partially housed in its own "boma", has a large four- poster king bed or two queen-size beds, offers a magnificent view of the river and is equipped with a large bathtub and outdoor shower. The Mara Ngenche Safari Camp is unfenced and designed to allow the exciting movement of animals through the grounds and offers an elegant and relaxed atmosphere to experience the full adventure of the African bush. In addition, each tent has its own private pool.
Accommodation-Category: 4*