It’s time to show us your talent in photography! Join our photo contest and get a chance to win 2x 500$ holiday gift card with East African Voyage!

All you need to do is to upload up to 10 pictures of your previous holiday with us. You can then share your pictures on social medias, or by simply sending the link of your pictures to your friends and family! The picture that will have the most votes will win the public vote prize; the other winner will be determined by an international jury.

The deadline is the 30th of April 2020. The winner will be announced on our Facebook page and via email. You have one month from now, so… Ready… Set… GO! 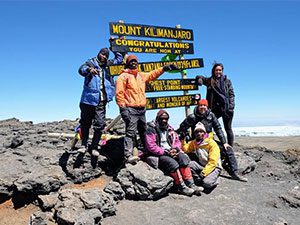 This Photo Contest will be judged on the following 4 themes:

Article I. Organization of the contest
East African Voyage: Safari Photo Contest, Kilmanjaro
Headquartered at 14 Kanisa road Arusha, Tanzania
Hereinafter referred to as : the "Organizer".
Any person participating in this Contest will be referred to hereinafter as the "Participant".
All trademarks, logos and other distinctive signs reproduced on the site as well as on the sites to which this one allows the access via hypertext links, are the exclusive property of their holders and are protected by the law.

Article II. Participation and access to the competition
The submission of one or more photographs commits the Participant to irrevocably accept all the terms and conditions of these rules.
Any participation is conditional on the Participant being the author of the photographs.
The Participant declares that he has full rights and powers to accept these rules.
The Participant declares that he holds all authorizations, licenses, permits, rights of third parties, including but not limited to authorizations to exploit the image of persons or property.
Participation in the contest is open to any natural person over the age of majority,
The number of photographs submitted to this contest for each participant (same name, email or postal address) is limited to a maximum of 10.
Photographs must not exceed 50MB.
Photographs must be in JPEG or PNG format.
The organizer may cancel, on its own initiative and without notifying the participant, any photo submissions if the information is incomplete, illegible, counterfeit or made in contravention of these rules.

Article III. Principle and modalities of the competition
Photographs, titles and associated tags must not contain any visual element or word infringing on the privacy or image rights of a third party, must not contain any element of a defamatory, abusive, racist, xenophobic or unlawful nature.
The photograph of a work that is not that of the participant must be taken as an object in an environment and not as a close-up of the work only.

Article IV. Use of Photographs
In the exclusive context of its promotion and online communications, its websites, the websites of its suppliers or customers, their promotion and that of its various contests, in all forms and on all media, all press publications or others that it may produce or have produced, the organiser may use the photographs free of charge.
Photo gives itself the right to hand over the entirety of the photos received to an institution as part of its collection.

Article V. Name and image of the Participant

Section V.1
Any use of the photographs that will allow this, will mention the name of the Participant or his pseudonym, next to that of PHOTO, in the following manner:
"Photo credit: Participant's first name and surname or pseudonym" or any other syntax of the same type.

Section V.2
The organizer undertakes to inform third parties, authorized by them to use the said photographs, of the existence of this obligation, but may not under any circumstances or in any way be held responsible for its non-respect by the said third parties, to which the Participant consents.

Section V.3
The Participant further agrees to inform the organizer of his name or pseudonym, as well as his address and to provide the organizer with a photograph representing him; the Participant further agrees to participate in any interview or publicity event concerning the publication of his photographs in connection with the promotion of this contest and hereby consents that his name and image may be published for promotional and contest purposes for a duration identical to that of the copyright.

Article VII. Assignment - Third party rights
The organizer shall have the right to assign its rights and obligations hereunder to any third party, whether a legal entity or a natural person.

Article VIII. Guarantees
The photographer declares to be over 18 years of age.
The Photographer declares that he has full rights and powers to enter into this contract.
The Photographer declares that he holds all authorizations, licenses, permits, rights of third parties, including but not limited to authorizations to exploit the image of persons or property.
The Photographer guarantees East African Voyage the free and peaceful exploitation of the photographs under these rules.
The photographer thus guarantees East African Voyage against any disturbance in the exploitation of the photographs under this contract and against all claims, demands, suits, actions or evictions by third parties that may affect the peaceful enjoyment of the photographs.
The photographer thus guarantees East African Voyage the originality of the photograph and in particular that it does not make any borrowing from a pre-existing work likely to generate claims by third parties so that East African Voyage can in no way be disturbed by a third party and that its responsibility can not be called into question during the exploitation of the photograph.
The photographer guarantees that the photograph does not infringe on the rights of third parties and does not contain any defamatory content nor does it infringe on the privacy, honour or reputation of third parties.
In case of non-compliance with these commitments, the photographer will be liable for all costs, damages, interest, settlement amounts, reasonable consulting fees, incurred by East African Voyage in connection with any legal action taken by a third party, particularly on the basis of its prior rights and involving the photograph.
The organisers and East African Voyage magazine reserve the right to exclude any participant, without having to justify their decision, if they consider that the content provided by the participant (or any element of his participation) can be considered as :
- devaluing for the organisers and therefore contrary to their material and/or moral interests;
- may infringe French and Community legislation and in particular, without this list being exhaustive, if they consider that the work is :
- contrary to public order and good morals
- which is abusive, defamatory, racist, xenophobic, denialist or prejudicial to the legitimate interests of third parties, or which incites discrimination or hatred of a person or group of persons on the grounds of their origin or their actual or supposed membership or non-membership of a particular ethnic group, nation, race or religion;
- pornographic or paedophilic material;
- inciting to commit a crime, a crime or an act of terrorism or condoning war crimes or crimes against humanity,
Therefore, the participants indemnify the organisers against any claims, liability, damages, losses or expenses (including legal fees) arising out of or in connection with the breach of any of the warranties or commitments made under these rules.
In accordance with the laws governing literary and artistic property rights, the reproduction and representation of all or part of the elements making up this contest are strictly prohibited. The brands mentioned are registered trademarks of their owner and as such protected. Furthermore, the organisers remain the exclusive owners of all copyrights on this competition.

Article X. Procedure and modalities for the attribution of the winnings at stake
The jury is made up of professionals. It organizes itself as it sees fit within the framework of its work in order to make a sovereign decision in selecting the winners of the competition.
The selection is made in several stages.

Article XII. Force Majeure
In the event of force majeure or if circumstances so require, the Organizer reserves the right to amend these rules, postpone, modify or cancel the contest. The Organiser shall not be held liable for any such modifications.

Article XIII. Responsibility
As the Internet is not a secure network, the Organizer shall not be held liable for contamination by any viruses or for the intrusion of a third party into the system of the contest participants' terminal and declines all liability for the consequences of participants' connection to the network. The Organiser declines all responsibility in the event of malfunctioning of its Internet network, in particular due to external malicious acts that would prevent the smooth running of the game. The Organiser cannot be held responsible for any damage caused to participants, their computer equipment and the data stored on it, as well as for any consequences that may arise from this on their personal or professional activity. Furthermore, the Organiser cannot be held liable in any way whatsoever in the event of delivery problems or loss of postal or electronic mail. Furthermore, the Organiser cannot be held liable in the event that one or more participants cannot connect to the http://www.eastafricanvoyage.com/your-holiday-with-east-african-voyage-photo-contest/ website due to any problem or technical defect linked in particular to network congestion. Furthermore, the Organiser cannot be held liable for technical problems related to the various platforms.
The Organiser reserves the right to interrupt access to the Organiser's website and the game it contains at any time, particularly for technical reasons of updating and maintenance.
The Organizer declines all responsibility in the event of any incident that may occur during the use or enjoyment of the prize. The Organizer cannot be held responsible for any theft or loss that may occur during the delivery of the prize.
No telephone or written request will be answered regarding the interpretation or application of these rules, the mechanisms or terms of the contest or the list of winners.

Article XIV. Reimbursement of expenses
No costs incurred by participants will be reimbursed.

Article XV. Rules
These rules are also accessible from the competition registration form.
Participation in the contest entails full and complete acceptance, without reservation, of its full rules. By registering on the site, the participant certifies that he or she meets all the conditions required to participate in the contest and undertakes to use the www.eastafricanvoyage.com site in accordance with the terms and conditions of these rules.

Article XVI. Litigation
Any dispute must be made in a letter addressed to the contest organizer.
No contestation or claim related to the contest may be taken into account after a period of one month from the closing date of the contest, as evidenced by the postmark. The letter must include the entrant's full contact information and the exact reason for the dispute.